One of Croydon’s best-known and most-loved landmarks has seen its worth recognised with an upgrade to its listed status.

The cenotaph, in Katharine Street, has been upgraded by Historic England from Grade II to Grade II* for reasons including its historical, sculptural and architectural interest.

Designed by James Burford in 1921, and with sculpture by Paul Raphael Montford, the cenotaph was raised as a permanent testament to the sacrifice made by the members of the local community who lost their lives in the First World War, and was paid for by public subscription organised by the then Borough of Croydon.

The memorial, made from Portland stone with bronze figures, is of particular note for the balance struck between military and domestic suffering, and for the sculptural quality of the figures.

One of the figures represents a soldier of the East Surrey Regiment dressing a wound on his arm as he sits on his greatcoat, with his rifle behind him, a Mills bomb at his feet, and his water bottle is in his lap. In addition to the wound in his arm, he has a field dressing around his head.

The right-hand statue shows a woman holding a child on her lap, and with her right arm stretched toward the soldier, clutching a letter. Her face is turned in the direction of the soldier, and her wedding ring is clearly visible, suggesting the three figures constitute a family. The base of the female figure is signed by both sculptor and founder. 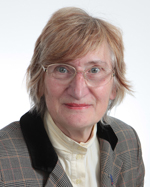 “It’s fitting and right that Historic England has recognised the importance and value of Croydon town-centre’s cenotaph.

“My grandfather died in the First World War, and I know the effect on our family even to today. Almost every family has a personal story that makes this cenotaph a special focus for remembering our history.

“For almost 100 years it’s been the focal point of so many ceremonies remembering the sacrifice of men and women from Croydon in conflicts across the globe.