Testing is the only way to know your HIV status

Testing is the only way to know your HIV status

Croydon residents and people in the borough will have more opportunities to take a simple HIV finger-prick test or order a free home test kit in the post to know their status during National HIV Testing Week, 7-13 February.

Croydon Council, Croydon NHS, charities and pharmacies in the borough have worked in partnership to signpost people to services and make it easier to have a HIV test and to get the treatment and support they need early if someone tests positive.

Joseph Nchemba, age 38 and a Croydon resident said: “Regular testing has allowed me to feel in control of my sexual health, knowing my HIV status was so beneficial for me. It’s brought me happiness and trust in my relationship. I test every year which has kept me and my partner healthy”.

Anyone diagnosed with HIV in the UK can access free treatment and support. The National HIV Testing Week campaign aims to promote regular testing among the most affected population groups in England. This helps to reduce the number of people living with undiagnosed HIV and those diagnosed late.

During HIV Testing Week, charities KwaAfrica, Aids Healthcare Foundation (AHF) and METRO will be supporting the Croydon community through a number of initiatives.

They have organised a drop-in rapid HIV testing service at the CVA Resource centre, 82 London Road CR0 2TB on Tuesday 8 February,1-5pm and on Thursday 10 February, 12-5pm.

Their outreach teams will also be outside the CVA building speaking to people about HIV, rapid HIV testing, the benefits of early diagnosis, PrEP and PEP and sexual health, as well as handing out resources such as condoms and information leaflets.

People can also book an appointment throughout the week if they are unable to attend the drop-in sessions. Email contact@kwaafrica.org or call 07508 480 096. Visit KwaAfrica’s website for all event dates, times and locations.

AHF will be located at various locations across Croydon including at their own testing sites, churches, a community centre, Croydon College, and more. Testing sites and times will be posted at www.freeHIVtest.uk

The Protect Croydon volunteers will be on METRO’s Fast Track Cities HIV Testing Bus in Croydon during the week. 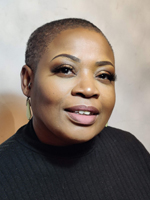 “Testing is the only way to know your HIV status. People can live with HIV for a long time without any symptoms. If you have HIV, finding out means you can start treatment, stay healthy and avoid passing the virus on to anyone else. There are many ways to test in Croydon – at a sexual health clinic, your GP, through HIV and sexual health charities or by ordering a test online.”

Dr Ian Cormack, Clinical Lead on HIV Medicine at Croydon Health Services NHS Trust, said: “Almost half of people living with HIV are diagnosed late, but it doesn’t have to be that way. Anyone in Croydon can request a free HIV testing kit online or through our Sexual Health Clinic. Getting tested every six months helps early diagnosis and treatment, to give you the best chance of a long and healthy life.

“We’re also among England’s leading hospitals for HIV-testing patients who are receiving emergency care, by making it part of their routine blood testing. This has slashed average hospital stays for newly diagnosed HIV-positive patients from 35 days to less than three days, by getting them treated early.”

Michael Mancinelli, UK Country Programme Manager for AHF, said:  “We are very pleased to again work jointly with great organisations in Croydon for National HIV Testing Week 2022, including Croydon Council, local NHS Services, KwaAfrica, METRO and others. Over the last two years, Covid-19 has impacted the uptake of HIV testing services in the community. It is time to reverse that unfortunate trend and encourage everyone who needs or wants an HIV test to get back to testing regularly during Testing Week.”