Takeover challenge taken up by Croydon Police
by Chardonnay Henry 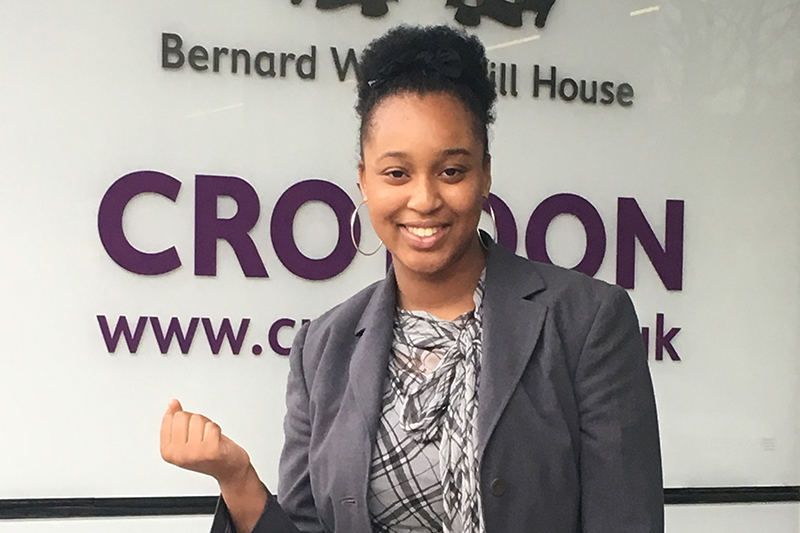 Chardonnay turned 15 this month and attends Archbishop Tenison’s CofE High School. She is a member of the Royal Air Force Air Cadets of 97 Squadron Croydon and also participates in the drama group Combo in association with Theatre Utopia. She has recently joined  Croydon Council’s Youth Forum and her ambition is to become a journalist.

On 24 November 2017 the Youth Takeover Challenge took place for the first time in Croydon. At this event a group of young people took over different roles within Croydon Council and the Police. I was fortunate to take over the role of Director of Strategy and Partnership at Croydon Council from Julian Ellerby.

The day was very eventful and kept me on my feet, there was never a moment where I was not kept busy. I met Croydon Council’s communication and media team and was shown new ideas to keep the Croydon streets clean and helped to take photos of the day. I also met the health team and they wanted to know if their format used on their website was inviting for teenagers. I informed them that to me it seems inviting.
However the highlight of my day was interviewing  Detective Superintendent Jane Corrigan from Croydon Police. During the interview Jane Corrigan spoke about knife crimes and how it is impacting everyone. She said that she is working with other organisations, such as boxing clubs, to bring about change for youths. I questioned her on what she and her team are doing to keep youths safe and asked what they the police intend to do to make themselves more approachable to young people. Her response was that “you are the future” as well as stating that it is tricky to know how to stop people from committing crimes.

When she asked what I could do to address knife crime. I posed the idea that we should take a pop up tent to Croydon town centre during term time to talk to young people and find out how they feel.  I suggested sweets might give young people the confidence to come up to the tent and fill out a questionnaire or talk to the police officers.

The event was a huge success and more, similar events are planned in February. Detective Superintendent Jane Corrigan’s said: “Our generation has the power, the potential and the opportunity to make young people successful. It’s by getting out there and engaging with young people on different levels that we have the opportunity to make a real difference. I intend to do more of it with my officers.”

Choose what you can do 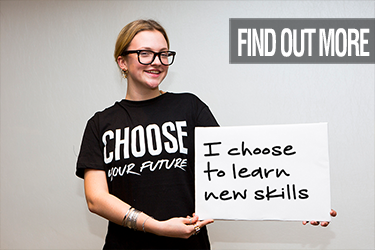 I choose to learn a new skill 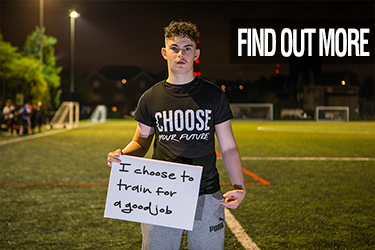 I choose to train for a good job 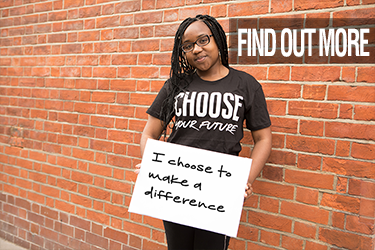 I choose to make a difference 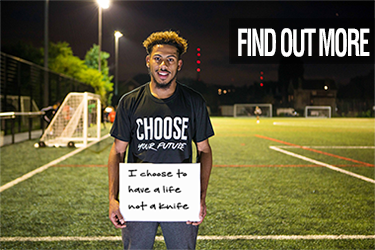 I choose to have a life, not a knife