Croydon has called on the government to sort out the train chaos blighting local commuters and businesses and bring forward urgent investment in the region’s ailing rail network to stop the local economy from grinding to a halt.

Councillor Newman said the borough had been hit by a double whammy of disruption from Southern Rail and from the chronic underinvestment in the region’s rail network, which was buckling under increased demand.

The town is a major rail hub with more than twelve million passengers passing through East Croydon station every year.

Along with MPs Gavin Barwell, Chris Philp and Steve Reed, Councillor Newman sought assurances from the minister to commit to the long-term investment of the Brighton mainline upgrade, saying the future growth and prosperity of not only Croydon but Gatwick, Brighton and all towns and villages along this key train line, was dependent on a modern, fast and efficient rail network. 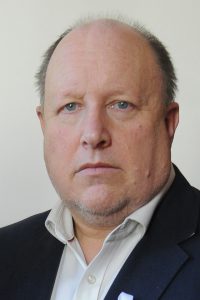 “Croydon is London’s growth borough, attracting business and investment that will see thousands of new jobs and homes created over the next few years. The rail and transport infrastructure is crucial to our success and we don’t want anything to jeopardise that. On behalf of Croydon’s residents and businesses I have asked the government to take urgent action. I was assured by the minister’s commitment to Croydon and to invest in the rail network, and over the coming months we will be holding him to account.”

Councillor Newman also urged the minister to put a stop to the daily chaos brought about by Southern Rail, by handing over the running of the franchise to Transport for London.

He said: “Enough is enough. Croydon’s commuting residents have suffered over a year of misery from Southern Rail and, with no end in sight to this chaos, this unreliable service now poses the biggest threat to the economic growth of Croydon and the wider region. I’ve had members of the public and businesses telling me they may have to leave if things don’t improve soon. The government must act now to end the chaos.”