So Solid Crew count down 21 seconds to Boxpark Christmas lights

So Solid Crew count down 21 seconds to Boxpark Christmas lights

The traditional 10-second countdown was replaced with a 21-second one as chart-toppers, So Solid Crew, turned on the Boxpark Croydon Christmas lighting display. 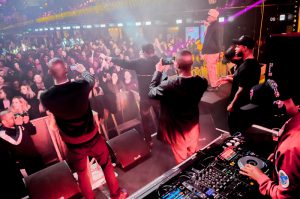 The musical collective have deep local roots, and treated the packed venue to a surprise performance that was kept under wraps until only about an hour before the show.

They had been billed as simply being on hand to press the switch – but instead they played a set of their hit songs to a delighted crowd.

Given the large numbers who turned up it’s safe to assume many people guessed there might be something special in store.

Welcomed to the stage by council leader, Tony Newman, the team counted down to the lights coming on before launching into their most famous number one song, ’21 Seconds’. 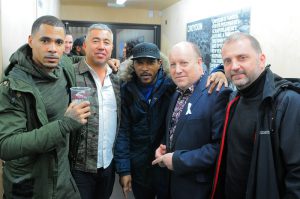 “Providing the support to get Boxpark launched is probably one of the most exciting things this – or any other council – has done in years. Everyone in London is talking about this amazing venue, and nights like this are proof that what we have achieved here is a genuine success.

“As venues across London are reported to be coming under threat, the evidence is all around us that with the right offer in the right place London’s night time economy is still going strong. We recently hosted the first formal appearance of Amy Lame, London’s newly appointed ‘Night Czar’, and we’re determined to create an atmosphere where businesses like this can thrive 24/7.”

Before the light switch-on members of the band spoke backstage with senior councillors about how they were keen to invest their own time and energy into helping Croydon’s young people meet their potential.

Councillor Newman added: “We talked about the new Onside Youth Zone that will be built soon in Whitehorse Road. They were really interested in the project and wanted to get involved as it’s going to be a fantastic facility that will give young people every opportunity they need to explore new interests and gain new skills.”