Shoppers and businesses to benefit from £200,000 council car park improvements in Purley

Shoppers and businesses to benefit from £200,000 council car park improvements in Purley

Purley’s local economy is set for a boost under a £200,000 Croydon Council upgrade to the town centre’s multi-storey car park.

The 424-space building in Whytecliffe Road South that serves visitors and workers to the town centre will get replacements for two outdated lifts, new lighting, an interior repaint and security shutters.

Upgrading the lifts, which were installed when the car park opened in the early 1980s to serve a now-closed supermarket, will improve access for shoppers, train commuters and over 200 local workers who have permits to rent parking bays.

The lifts had been broken or faulty for a number of years before the last two were taken out of service in 2015.

The council decision comes after its backing last year for the creation of a Business Improvement District (BID) to support local firms and attract more investment in Purley.

The multi-storey car park works are due to begin by September and the upgrade is expected to be finished by the New Year. 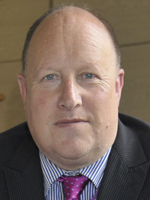 “We were really proud to back the Purley BID because it’s vital that we all support local businesses. We want to make sure that Purley has a thriving town centre, and by investing in the local economy through this car park upgrade we hope it will encourage even more people to spend time and money here.”

Councillor Stuart King, cabinet member for transport and environment, said: “I’m delighted that we are improving such a major car park that serves a lot of local shoppers and commuters, and it shows that this council is committed to delivering high-quality services across the borough.”

Simon Cripps, chief executive officer of Purley BID, said: “BID has pushed for this upgrade to the car park, and I’m very pleased that the council has listened to our concerns. Purley’s long-term economic success relies on good-quality town centre parking, which is why this improvement is so important for local residents and businesses.”