Are you ready for the May local elections?

Are you ready for the May local elections?

Households across the borough will soon be receiving a letter informing residents of who at their address is registered to vote, and explaining how recent changes to ward boundaries will affect how they cast their vote, in the local elections on Thursday 3 May.

It will also serve as a reminder that it is necessary to be registered to vote. The deadline to register is Tuesday 17 April, and the simplest way to do so is online at www.gov.uk/register-to-vote

As a result of a review of the electoral wards of Croydon by the Local Government Boundary Commission for England, significant changes to the borough’s electoral arrangements will come into force at the elections.

Because of the changes to the wards, the council had to carry out a review of the borough’s polling districts and polling stations, resulting in a change for some voters to the location at which they have previously voted.

In addition to explaining all of the above, the letter will detail the name of the ward in which the household sits, how many councillors represent that ward, and where the polling station is located, though many will not have changed.

For those unable to get to a polling station, it is possible to vote either by post or by proxy. An application form to do either can be downloaded from www.croydon.gov.uk/election2018 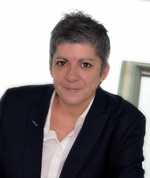 “The ward boundary changes have been made so that councillors each represent roughly the same number of residents, ensuring electoral fairness for voters.

“We’re keen that as many residents as possible get out to vote, and we’ll be sending the letter explaining how they can make sure they’re able to do so.

“The right to vote is a keystone of democracy, and it’s vital that everybody who’s entitled to do so, exercises that right on 3 May. Your vote matters – don’t fail to use it.”

More information on the elections and the changes that have been made to the electoral arrangements in Croydon can be found at www.croydon.gov.uk/election2018