Croydon Council wants the public’s help in finding and prosecuting two men who dumped two tonnes of building waste in a Waddon cul-de-sac.

Officers were called to Lysander Road on the Imperial Way trading estate at around 3.30pm last Wednesday (21 January) after receiving reports of two men arriving in a van and tipping floor materials, windows, wood and other building waste onto the street.

The men then fled on foot towards Imperial Way once neighbouring workers noticed the waste being dumped.

Officers have seized the vehicle, which is a specially-adapted Ford Transit van with a black storage area. Once the investigation is over, the van will be crushed. 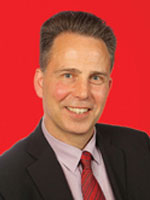 “Fly-tipping is a crime, and we urge anyone with information to help us find the cowards who chucked this waste and fled.

You might not have seen them dump the waste, but the chances are that someone saw this distinctive van being loaded for an illegal cash-in-hand house clearance.”