Purley BID will bring economic growth to the area

Purley BID will bring economic growth to the area

Purley is set to get its own business improvement district (BID), as part of the council’s regeneration plans for Croydon’s district centres.

The council has been working with the Purley Business Association (PBA) to bring about the proposals, which will deliver economic growth and create high quality public realm for Purley.

A BID for Purley would enable local businesses to make a difference and significantly improve the area as a place to live, shop and work.

Local businesses in Purley will be asked to vote next month on establishing a BID for the town.

A BID is a geographical area where businesses are invited to decide how to improve their trading environment. There are already BIDs in Croydon and New Addington town centres.

Businesses will be balloted on the proposals, with a minimum of 51% of votes in favour required for a BID to be set up.

If successful, a Purley BID would focus on improving accessibility and parking; image and marketing; a cleaner and greener environment; safer streets; and business engagement.

A BID would offer services that complement those already provided by the council. These could include anti-crime and community security measures, higher levels of street cleaning and business support services.

Subject to cabinet agreeing to the proposals, voting would begin on 15 October and close on 15 November. Results would be announced on 18 November, and if the majority are in favour, a Purley BID would be launched on 1 February 2016. 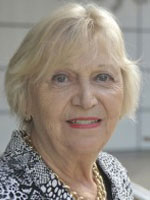 “We want to ensure that our district centres such as Purley, are able to directly benefit from the economic growth generated by the multibillion regeneration of Croydon’s metropolitan centre.

“A Purley BID will give a strong voice to businesses in Purley and significantly strengthen the impact of regeneration in the area.

“Purley is a major district centre in Croydon, and we want to see it given the greatest opportunity to unlock its potential.”