This July, a series of tours by the National Trust will delve into the contemporary heritage of Croydon and shine a spotlight on the borough as one of the most important examples of the post-war ambition to build a new society.

Following on from the success of previous projects by the trust to change the perception of heritage from simply country houses and coastlines – including 2015’s Brutal Utopias – Edge City: Croydon will celebrate the real places in which people live, work and play.

Joining forces with Croydon Council, the tours will tell the story of Croydon’s 1960s building boom, its future ambitions, and include behind-the-scenes access to Fairfield Halls, which has played host to the likes of The Beatles, The Who and Morrissey. Visitors will get a unique view of the Halls and exclusive access to its stage, dressing rooms and royal box as it closes for a two-year restoration-led refurbishment. 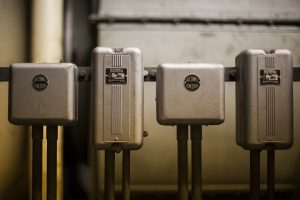 Other events as part of the series include a Routemaster tour of the borough and ‘Once Upon a Time in Croydon’, a one-night film screening of 1960s footage of the town, featuring historic footage from the British Pathé archive. This event will be on Friday 22 July at Lost Format Society, the popular rooftop space on top of one of Croydon’s  seven multi-storey car parks. A National Trust guidebook to the town will also be published.

Often referred to as an ‘Edge City’ – a city-sized development on the outskirts of a city – this project is a riposte to Croydon’s ‘Crap Town’ reputation. Everywhere has its own unique spirit of place, and many Croydonians feel tremendous pride for their town. As the town undergoes another wave of regeneration, the National Trust seeks to spark a debate about what is special and cherished about suburban places like Croydon, which are as awash with heritage, green space and beauty as anywhere else.

As John Grindrod, author of the best-selling Concretopia and a Croydonian himself, notes: “There are millions of people like me in Britain, who don’t recognise the village green, country cottage or Georgian square as the epitome of our nation, but whose identities have instead been moulded by ‘concrete monstrosities’ or ‘bad planning’ – or rather, the post-war optimism that sought to build a better future.” 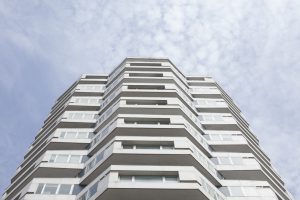 Places like Croydon are the ordinary places in which people live, work and play. The National Trust seeks to reveal how they came about, how they took their current form, what people love about those places, and how we can maintain and develop them for future generations.

Joseph Watson, London creative director of the National Trust, said: “Love it or loathe it, it is indisputable that Croydon stands for a post-war ambition that few other places can match. Its irrepressible spirit is what we seek to uncover – and how that can be harnessed so that the best of the past, present and future can be combined to create places in which we can all share pride.”

“For those of us born and bred in Croydon, we know the optimism and opportunity of the place, its ability to re-invent itself and be welcoming to those who have moved here in each of its growth stages. Croydon is once again changing and we are delighted to be celebrating its mix of architecture from key design periods – from medieval to Georgian or Victorian to our better known and much-loved examples that used revolutionary concrete in the 1960s to deliver stunning buildings of commerce and culture.”

To find out more about the National Trust’s work in Croydon visit http://www.nationaltrust.org.uk/features/croydon-and-district-centre