Customers of Julian’s Artisan Bakery will be looking forward to 2017 as the increasingly popular market stall has announced it will be extending its presence in Croydon’s Surrey Street Market.

As well as continuing to trade on Sundays, Julian will now be open for business on Wednesdays and Saturdays.

The Sunday market, which had been going to take a break during the quiet months of January and February, will keep going following calls from traders and customers alike. Business will continue as normal alongside the council’s £1m refurbishment of the street, which is due to be finished before Easter.

Julian’s Artisan bakery is a local independent bakery, specialising in rustic European breads and patisserie. The traditional menu includes sourdough, whole rye and spelt breads, brioche, and challah, as well as a range of sweet pastries.  There is always something new to try each week.

His passion is to offer a product that is both authentic in flavour and made following traditional methods. No artificial additives or preservatives are used. Only organic flour and organic yeast or natural leaven are added to the mix. Julian bakes the bread himself through the night, brings it to market himself, and sells it fresh.

Julian has also found that customers who have a sensitivity to wheat or gluten, are able to enjoy bread again. This is partly due to the quality of the flour and also the long fermentation and thorough baking that enables easier digestion.

When his stall first opened on Surrey Street in September 2016, the positive reaction was immediate.

Julian said: “Customers are returning weekly to stock up as they just can’t find anything else like it. The flour I use is the best quality and I only bake with natural ingredients.

“This seems to have been just what local people have needed, with people often saying they haven’t found bread like this in England.

“One regular young Ukrainian man said his Grandmother back home makes bread in a wood fired oven and it’s just the same. He’d tried all the bakeries he could find in London, but said ours outstripped all of them for authenticity, flavour and crust.

“I also had a French customer who claimed our croissants are the best since leaving France.

“Many customers smell the bread and instantly recognise the baking they miss from back home.”

Julian’s success is a sure sign of the market in Croydon for well-made traditional foods. Having spent many years striving to create the perfect loaf it now appears he has found his clientele and is ready to expand his trading hours to meet demand. 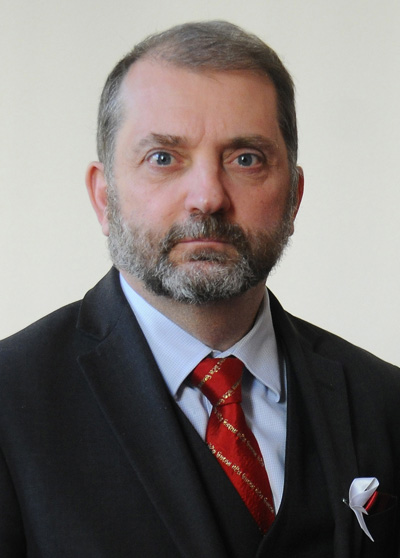 “It had been suggested the market might have closed on Sundays due to traditionally slow trade for the first few months of the year and to allow resurfacing works in Surrey Street. However, I’m delighted that the determination of traders means that with the support of Croydon Council and the market team we are going to see them continue building on their already loyal base of regular customers.

“Sunday in Surrey Street has become a social hub of good street food, music, and handmade craft, and people are buzzing about it!”