Croydon’s new scheme – which comes into effect in April and was backed by over 80% of Croydon residents in a recent consultation – will support households on the lowest income by reducing the council tax they are liable to pay by up to 80%.

The new scheme would see the council continue to invest over £30m to support those least able to pay their council tax. The scheme is based on income bands and will be easier to apply for and to administer, as well as fairer by focusing on those most in need of support.

Following a six-week public consultation where the council sought views on its proposals from residents, those currently in receipt of council tax support and key stakeholders, changes were made to the proposals. As a result more people will continue to receive council tax support than under the original scheme that was consulted upon.

The council is also setting up a hardship fund to assist residents who may need financial help as they adapt to the new scheme.

Over 9,000 households including eligible pensioners, care leavers under the age of 25 and disabled residents who are unable to work would remain unaffected by the proposed changes.

The proposals for the revised council tax scheme are to be considered for approval by cabinet on Monday 24 January, with the changes coming into effect from April 1, 2022. The council will review the new scheme annually. 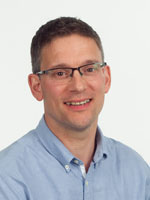 “We are proposing some overdue changes to our council tax support arrangements which will make the scheme fairer, easier for people to access and simpler for the council to administer.

“The new scheme will rightly focus support on those residents who need our help the most as we continue to invest over £30m to protect those in need, while making sure the scheme remains affordable to the council.

“I would like to thank everyone who took part in the consultation and gave us their views. As well as their overall support for our proposals, we received valuable feedback which has helped shape the final scheme.

This scheme is part of our commitment to make council tax fairer and when combined with our support for pensioners, will mean we are helping a total of 29,857 households in Croydon.”

The new scheme will: