An interactive, LED-lit, halo device that will help people find their way around Croydon’s changing streetscape has been crowned winner of the Croydon i-street competition.

The halos which come in three forms – a simple ring, a ribbon and a clover – are designed to hover above street level, suspended by cables from nearby buildings or metal poles. Their LED displays will deliver a range of information from wayfinding, locations of local landmarks and the time, to information about local events or the weather.

The striking displays also have the ability to turn an area of pavement into a temporary stage perfect for street theatre, by projecting light down on to the street as well as up into the sky to promote the fact a performance is taking place.

The concept was submitted by a multi-disciplinary team – consisting of vPPR Architects, Twelve Studio and HTS Structural Engineers – that took up the challenge to come up with a state-of-the-art piece of tech that, as well as being a useful directional tool for visitors, was interactive and easily adaptable to accommodate Croydon’s rapidly changing streetscape. 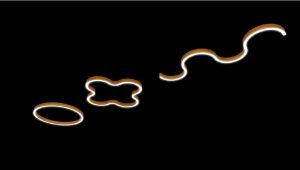 Halos come in three forms – a simple ring, a clover and a ribbon 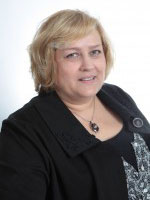 “Croydon Halo was a simple yet striking design that can be adapted to enhance and illuminate the routes through the town. Coupled with its ability to create a stage for street performances, it will create something that is beautiful and a real talking point for residents and visitors to Croydon alike.

“The standard and variety of entries received surpassed our expectations and there were some fantastic ideas put forward. I look forward to Halo being in operation in the town centre and helping people navigate their way around the changing streetscape the intense regeneration we are experiencing will bring.”

More than 60 groups entered the competition, which was part of Croydon’s Growth Zone programme and for which the council partnered with the Architects’ Journal. Six shortlisted teams presented their concepts to the judging panel, which was chaired by BBC journalist and presenter Razia Iqbal.

Other finalists’ ideas included the Croydon Dragonfly – a series of bold, artistic wayfinding installations; cognitive paving that can widen or narrow depending on the number of users and automatically produce resting surfaces when needed; and large sculptural lettering integrated with tech.

All the entries submitted to the Croydon i-street competition will be exhibited later in the year.