Members of the public are invited to join in Croydon’s remembrance service this Sunday.

A special church service followed by a parade and a wreath-laying ceremony will take place in Croydon on Sunday 11 November, 100 years after the end of the First World War.

A special ceremony will be held at Croydon Minster, starting at 10.55am. Guests are asked to be seated by 10.45am.

After the service, which will be attended by civic leaders, members of the armed forces and faith leaders, there will be a parade along North End to the war memorial outside the Town Hall.

The parade will include members of the armed forces and community groups including members of the scouts and guides and will be joined by members of the Royal British Legion. It will depart from outside Marks & Spencer’s on North End at around 12.10pm.

Roughly 600 people will be part of the parade to Katharine Street.

There the Mayor of Croydon, Councillor Bernadette Khan, will lead a wreath-laying ceremony at the war memorial.

More than 16million people died during The Great War, including 2,500 active-duty soldiers from Croydon. The Second World War claimed the lives of 60million people. 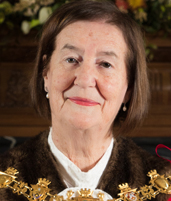 “This year’s remembrance ceremony is particularly poignant as it marks 100 years since the end of The Great War.

“We owe a great debt to those who served their country during conflicts and I hope members of the Croydon community will join me in remembering all those who lost their lives in conflicts across the globe.”