Croydon named country’s most in demand location for office space

Croydon named country’s most in demand location for office space

In 2016, Croydon was the most in demand location for office space in the country.

The index, which captures occupier and investment activity across the 50 largest office markets in the UK, scores towns and cities based on a number of measures.

Over the last year there has been significant demand for office space in Croydon, which has seen some of the UK’s biggest companies move their businesses in to the borough.

Health and beauty retailer Superdrug recently cut the ribbon on its new head office on Sydenham Road. Their relocation to a new 55,000 sq foot building put the business and its 500 employees in the heart of the town centre.

Around 2,500 staff are set to move into the Ruskin Square development when HM Revenue & Customs move to Croydon this summer. The government department, which has agreed a 25-year-lease on the development’s ‘Building 1’ already has 600 staff based in the borough who will also move into the new building.

The businesses’ move to Croydon follows in the steps of energy giant EDF who moved its global headquarters to Interchange on Wellesley Road last year, and ethical cosmetic firm The Body Shop, who moved their London head office and 200 members of staff to Croydon and built a £1 million beauty laboratory where there development team will work on new products. 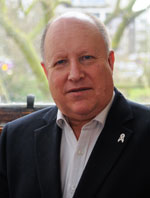 “It is fantastic to hear Croydon was the most in demand office location last year. More and more big companies are recognising the excellent transport connections and other outstanding facilities we have to offer and are moving their businesses to Croydon, bringing new jobs for local people and strengthening our local economy.

“Croydon is rapidly transforming and the index’s findings reaffirm the borough’s reputation as the place to be, whether it’s to live, work or play.”