Croydon makes the top 10 in the London Youth Games

Croydon makes the top 10 in the London Youth Games

Croydon finished in a creditable 8th position in this year’s London Youth Games, which culminated at the Crystal Palace National Sports Centre.

Across all the events young athletes supported by Croydon Council achieved eight podium places, with 15 top-five results and 23 in the top ten.

The London Youth Games is Europe’s largest youth sports festival and takes place over nine months, including both school and community competitions across 30 different sports.

The open competitions are part of the national School Games Programme and enable the most talented young people in each London borough to compete to become London champions in their respective sports.

Particular congratulations go to the boy’s table tennis and girls’ ParaGames athletics teams who both secured gold medals and lifted the trophy. The table tennis team put in a very strong performances and remained undefeated throughout the day. The ParaGames athletics girls secured an astonishing eight gold, three silver and three bronze individual medals to win convincingly and be crowned London Champions.

It was celebrations all round when the aquathlon combined swimming and running team made it one better than last year by coming second, and the ParaGames boy’s football team came excruciatingly close to securing the top spot but lost out on a penalty shoot-out for the second year running.

The girls’ swimming squad put in strong performances and managed a third place finish, improving their position by six places from last year. The borough’s trampoline and netball teams were rewarded with bronze medals. 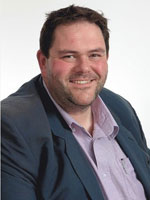 “All of these teams performed amazingly well to finish in the top five in London. I really want to congratulate them and everyone else for taking part and showing off Croydon’s sporting prowess. Hopefully these results will inspire even more young people to take part next year. Every single one of them is a real Croydon Champion.”

Full results can be found here