Local authorities risk not being able to afford vital services in future unless the government funds them better, Croydon Council’s cabinet member for finance has warned.

Croydon has written to housing, communities and local government secretary Sajid Javid asking for a “long-term sustainable solution” to how government funds councils that face rising demand for services and less money.

• £157 million less in government funding by April 2018
• A further £29 million to find by 2020
• Looking after unaccompanied asylum-seeking children – Croydon has the second-highest number in the country
• Having to spend an extra £1.4 million to prevent homelessness among local people affected by the government’s Universal Credit changes

The letter added that, despite cutting costs to make services deliverable, there was “no room for manoeuvre”.

Croydon is proposing to increase council tax by 2.99%, plus 2% on the Ggovernment precept for adult social care. Councillor Hall’s letter called on the government to “stop shirking its responsibilities towards older citizens by funding adult social care centrally”. 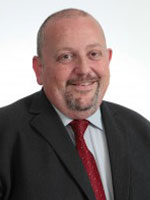 “What is urgently needed is new funding for local authorities so that we can protect vital services from further cuts. This should be a long-term sustainable solution which recognises that councils are managing their money well but are struggling to cope with increasing demands placed on them.”