Continued complaints about dogs roaming free on Purley’s Webb Estate has led to an irresponsible dog owner being fined £200.

Andras Boros who lives on Silver Lane, appeared at Croydon Magistrates Court on Tuesday 15 August, where magistrates heard he breached his Community Protection Notice (CPN), by failing to ensure dogs kept at his property were under control and did not roam or stray.

Mr Boros had been issued with a community protection warning in August 2016 but did not comply with the dog control aspects of the warning.

He was then visited by the council’s dog warden in October 2016, to educate him about his legal responsibilities when looking after dogs.

As this did not resolve the issue a CPN was issued in January 2017, which resolved the problems for a short time, but in March reports were received that the dogs were again off leads and roaming the estate.

Mr Boros failed to attend an interview under caution, which was his final opportunity to offer an explanation and possibly resolve the issue without court action.

The case, brought by Croydon Council’s Environmental Enforcement Team, led to Mr Boros being convicted of five breaches of a Community Protection Notice. 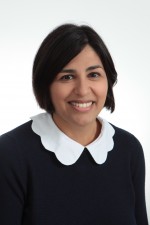 “This ruling sends out a clear warning that this kind of behaviour won’t be tolerated.”