Croydon has become the first London borough to join with an award-winning social enterprise that helps ex-offenders into work.

Over the next three-and-a-half years the council and employers within the borough will partner with The Skill Mill to help vulnerable young people break the cycle of re-offending and gain work experience.

In groups of four at a time the youngsters will take part in an intensive six-month work programme of paid work that will result in a nationally-recognised qualification and the opportunity to progress into further employment or training.

Employers include Balfour Beatty, Kier Construction, Thames Water and the council’s own jobs brokerage service Croydon Works and the young people – aged between 16 and 18 – will be involved in environmental and site maintenance jobs including park and garden preservation.

David Parks is The Skill Mill’s managing director and started the social enterprise in Newcastle six-and-a-half years ago.

He said: “We mostly work in the north and so it’s fantastic this partnership with Croydon has come about. The Skill Mill focuses on some of the most challenging young people who otherwise wouldn’t have the chance to be taken out of that cycle of violence. Just 12% of the kids who come through the programme re-offend compared with the national average of 43%. We are trailblazers and no-one else is exclusively employing young people who are ex-offenders.”

All of the young people involved in the programme live in the borough and this week the first cohort began their six months of work, starting with garden maintenance.

One of them, Nathan aged 17, said, “It’s a great opportunity for me as someone who’s had a bit of a bad past.”

Mel Comber has been seconded from the council to work as The Skill Mill supervisor for Croydon, and is overseeing the young people on a daily basis.

He said, “It’s all about giving people a second chance and trying to point the youngsters in the right direction to get some stability in their life. Not only that but we will be doing such things in the community as tidying up places that will improve the look of the area and so make an environmental difference.” 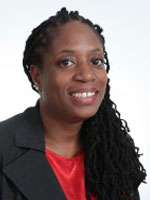 “Our partnership with The Skill Mill is the result of the excellent work we did with vulnerable adolescents in the youth offending team at the Turnaround Centre. Our head of adolescent services, Hannah Doughty, had previously worked with The Skill Mill in Liverpool and saw what an enormous difference the social enterprise had made to the lives of young ex-offenders. Our youth offending team really does make a difference by working tirelessly to reduce the level of offending and improve the lives of the young people”

“I am proud that Croydon is the first London borough to partner with The Skill Mill. As a council we are committed to improving the lives of disadvantaged young people and to presenting them with work opportunities, including those aiming to lead a fulfilling life away from crime. In the current crisis employment support for youngsters is needed more than ever and I am delighted that through this innovative programme they will also be making a positive contribution to their community.”