Croydon Council has joined forces with local businesses and written to the government calling on it to stop its attack on small companies and rethink its business rates revaluation.

Under the current plans Croydon firms will see an average 19% increase in their business rates, in addition to other costs being imposed such as the apprenticeship levy, auto enrolment for pensions and insurance premium tax.

The letter to Greg Clarke MP, Secretary of State for Business, Energy and Industrial Strategy, exposes the devastating impact the planned increase will have on small businesses in Croydon.

The intended rates revaluation, coupled with the other additional costs, will result in many Croydon businesses struggling to meet the increased bills, which will stunt the borough’s growth and slow investment and job creation at a time when confidence and stability are crucial to Croydon’s economic success.

In addition to Councillor Mark Watson, Croydon’s cabinet member for economy and jobs, signatories to the letter include representatives from the Croydon Business Network, which includes the local business improvement districts (BIDs), Croydon Tech City, the Federation of Small Businesses and the Chamber of Commerce.

The unprecedented, jointly written letter calls on valuations in London to be separated from the national valuation system to prevent the capital’s businesses facing a disproportionate rate increase; and for the government to work in collaboration with the council on a system that is fairer for the borough’s businesses. 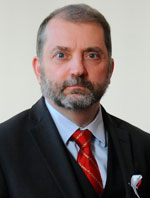 “The proposed business rates increase leaves Croydon businesses in an extremely vulnerable position at a time when they should be being supported. A slowdown in growth for Croydon would not only impact badly on local businesses, but also on those in surrounding areas too.

“Croydon Council stands side by side with local businesses and calls on the Secretary of State to stop this attack and rethink the disproportionate increase it is proposing. We want the government to work with us to get the best possible outcome for Croydon businesses, which will continue the delivery of economic prosperity in the borough.”