Council calls for reversal of plan to stop IVF funding

Council calls for reversal of plan to stop IVF funding

A letter from Croydon Council’s health and social care scrutiny sub-committee calls on the government to stop the withdrawal of funding for IVF treatment in the borough.

Sent to Secretary of State for Health Jeremy Hunt, the letter asks him to look at the Croydon Clinical Commissioning Group’s cost-cutting decision.

NHS England figures show that 1 in 7 may have trouble conceiving, meaning that there are potentially more than 9,000 adult individuals living in deprived areas that might have trouble conceiving. The impact of a decision to remove access to IVF will mean that those in the most deprived, low-income areas will be unable to afford to pay for private treatment and will probably never know if they could have had children.

The committee says that withdrawal of funding could make people think twice about moving to Croydon, and that a postcode lottery has resulted as people in other London boroughs continue to have access to IVF treatment.

With the average cost for one treatment being almost £9,000, and an annual cost of more than £880,000 for providing IVF at Croydon University Hospital, the CCG sees the withdrawal of funding as necessary as it strives to find savings of £36m this year. It says that if the service remains in place, savings will have to be found elsewhere.

Committee members fear a rise in people requiring mental health services to treat the anxiety and depression caused by being unable to have children. And they say that, in the longer term, relationship breakdowns can have a high cost to society.

A recent CCG consultation showed that 77% of almost 800 respondents thought the funding should be retained. 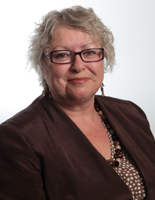 “We’re making this referral because of the potential long-term adverse health effects the removal of IVF will have on Croydon residents.

“Not only can infertility result in family breakdown and the ending of relationships, it often has an impact on the mental health of those affected.

“A comprehensive study was carried out by Middlesex University and the Fertility Network that showed a clear correlation between infertility and depression, with 90% experiencing depression.

“The committee is acutely aware of, and has sympathy for, the CCG’s underfunding and the inconsistencies of the funding formula when compared to similar authorities. However, we feel that the effects of the withdrawal of IVF funding in Croydon are not in the best interests of the borough’s residents.” 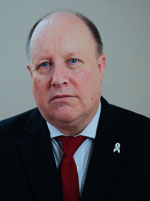 “It’s true to say that the decision to withdraw funding will be reviewed in a year, but, even if the funding is restored at that point, there would be residents who have passed the age limit and missed the chance of conceiving

“On a personal level, that could have devastating consequences, and that’s why we’re urging the secretary of state for health to review the CCG’s decision and also to allocate additional funding to the historically underfunded Croydon group.”