A public consultation has begun on proposals to radically transform Fiveways in Waddon.

The public’s views are being sought by Transport for London and Croydon Council on a number of major improvements proposed for the area, which includes new junction layouts to reduce congestion and to make the road network safer.

In addition to creating safer and more direct routes through the area for all road users, the proposals would see the area made more welcoming with easier and safer pedestrian access across the A23 Purley Way.

Bus journey times would also improve as part of the changes, delivering better services on routes that serve more than 9,000 passengers a day.

If approved the proposals would complement the council’s plans to support further regeneration in the area. The council will work with the community to shape the Waddon of the future, as well as working closely with stakeholders to ensure all parties’ needs are met. 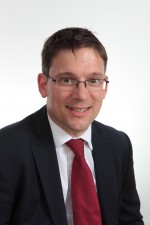 “Frequent users of the A23 Purley Way will know how busy Fiveways can be – particularly during rush hour. This proposal will lead to a reduction in congestion and traffic, as well as making the area safer and more accessible for cyclists and pedestrians.

“I’d encourage everyone, especially those directly affected, to attend the public exhibitions to learn more about the plans, share their views and help shape the way we transform this busy area of our town.”

The consultation on Fiveways will run until Monday 18 September 2017. Five public exhibitions are being held at Waddon Leisure Centre, and one at St George’s Church Centre, where the plans can be viewed and more information about the proposals will be available.

Subject to the results of the consultation, work to transform Fiveways Croydon could begin in summer 2020. It would be funded by Croydon Council, TfL and through the Mayor’s Growth Fund, which is helping to deliver jobs and homes for London’s growing population.

For more information on, and to respond to, the plans click here