The council’s Connected Croydon programme outshone urban design projects from around the country to win the Public Sector Award at the Urban Design Awards.

The programme, which saw a series of public realm projects and transport improvements carried out to transform public spaces in Croydon, beat entries submitted by councils from around the country to the top spot at last week’s awards ceremony.

As part of Connected Croydon, the East Croydon Bridge and pedestrian link was installed connecting the station to Lansdowne Road and improvements were also made to the public realm around London Road, Old Town and South End, creating new and improved spaces.

The project also saw the delivery of the Wellesley Road crossing, improvements made to the roundabout at the junction of Lansdowne Road and Dingwall Road, as well as improved efficiency and attractiveness of Croydon’s two major public transport interchanges at East and West Croydon.

“This award is fantastic recognition of the work the council has been doing alongside partners and stakeholders over a number of years to deliver coordinated public realm improvements in Croydon.

“The Connected Croydon project is all about transforming our public areas to make them welcoming, attractive and useful spaces for both Croydon residents and those visiting the borough.”

“The public sector awards show that even in the face of resource restrictions the public sector can still boast a remarkable range of skills. Despite fierce competition Connected Croydon came out on top. Connected Croydon shows that guiding the investment in the public realm is crucial not only to the citizens, through creating walkable streets and networks, but also to the developers, who know that quality public realm makes commercial sense.” 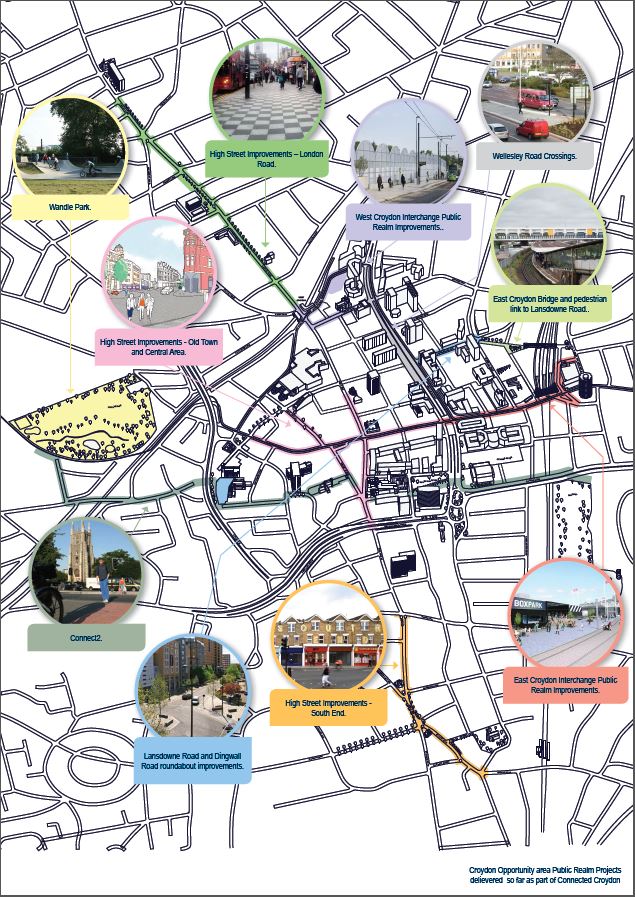