At Croydon Magistrates’ Court this morning, Tuesday 30 July, representatives of two companies – Tool Supplies UK Limited of Heswell, Wirral, and Inifer Potter and Son Ltd of Hockley in Essex – pleaded guilty to separate offences of selling a knife online to a Croydon child.

Under the Criminal Justice Act 1988 as amended by the Offensive Weapons Act 1996, it is illegal to sell a knife, knife blade, razor blade or axe to under-18s.

Tool Supplies UK Limited pleaded guilty by letter to selling a Hultafors 380220 Precision knife on 21 November 2018, to a child via third-party website Go-Banana.com. The court heard the company used age-checking software for online sales on its own website, but admitted it had not made sure that similar checks were used on the third party Go-Banana.com website where the knife was bought from. 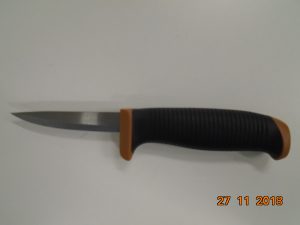 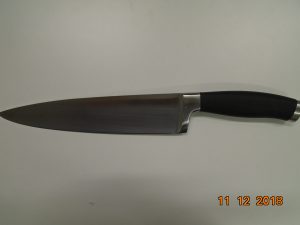 The knife sold by Inifer Potter and Son LTD

In both cases, the sale was made to a 13-year-old volunteer test purchaser working for Croydon Council’s trading standards team who used a false name. The council also sent a letter in advance warning each of the companies that it would be carrying out test purchases.

The prosecutions come as part of Croydon Council trading standards team’s lead role in a nationwide pilot clampdown against online knife sales to children that is backed by National Trading Standards and the Home Office. The first company to be successfully prosecuted under this operation was SD International Trading Ltd in June.

“Knife crime destroys so many young lives both in London and nationwide, and we all need to work together to stop children getting hold of them.

“Croydon Council’s trading standards team is leading the way by targeting online illegal knife sales to children, and these cases show how businesses across the country need to do much more to follow the law and keep young people safe.”

The council has also launched a Violence Reduction Network, which treats all forms of violence as a public health issue by tackling the root causes, working more closely with communities and partners across education, health, criminal justice and the voluntary sector.