The unsung heroes among Croydon’s community were celebrated at a glittering civic awards ceremony last night.

Selfless volunteers, exceptional young people and neighbours who go the extra mile, were among those announced as winners at the 2017 Mayor’s Civic Awards.

The awards ceremony which was held at Hilton Croydon, honoured the outstanding people from across the borough who make Croydon a brilliant place for people to live, grow, work and visit.

The winners for each category were:

Volunteer of the Year: Bilquis Ahmed

Described as an integral member of the volunteering team, Mr Hollands received the coveted award in recognition of the hundreds of hours he has given up to be an ambulance driver, collecting patients from their homes and bringing them to the hospice for appointments as well as carrying out archiving, fundraising and assisting at events. 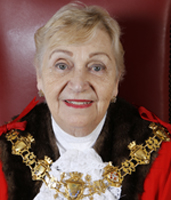 “It was a real honour and a privilege to be able to meet some of the most amazing people living, working and volunteering in our borough and I’m delighted we had the opportunity to celebrate the fantastic contribution they each make to our community. Thank you to everyone involved in making this such a special night.”

“Last night’s Civic Awards provided a wonderful opportunity to thank those who do so much for our community here in Croydon. It was inspiring to hear so many wonderful examples of people who go above and beyond for others every single day and I am so pleased we were able to honour, and most importantly thank them for their actions.”

To find out more about the award winners click here