This year’s HIV Testing Week is an ideal opportunity for residents to take advantage of the range of options available to them, and to make regular testing part of their sexual health priorities.

Croydon is again supporting the week, which starts on Saturday 18 November, with widespread promotion to get more people to take care of their health.

Free and confidential HIV testing is available all year at Croydon University Hospital, GP surgeries and other clinical settings. In addition, there will be extra testing sites in Croydon during testing week, with many remaining open until the day after World Aids Day on 1 December. The venue locations and times can be found at www.StartsWithMe.org.uk

This year’s HIV Testing Week theme – Give HIV the Finger – aims to demonstrate that getting tested for HIV is as easy as a quick finger-prick test, with the result available within 15 minutes. Receiving an early diagnosis and treatment can help people to live up to a normal lifespan.

There has been a reduction in late HIV diagnoses across the country; however, it remains the case that too many people are diagnosed late, especially among heterosexuals. The primary objectives are to increase the level of testing among men who have sex with men (MSM) and black African people, to reduce late diagnoses and the numbers who are undiagnosed. It is also hoped that the campaign will help to raise awareness of HIV, reduce HIV related stigma and encourage the use of condoms. 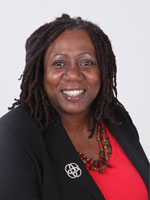 “More people coming forward for regular HIV testing is critical to control the spread of HIV. National HIV Testing Week helps to raise awareness of the importance of HIV testing, as well as increasing the opportunities to test, which include ordering a postal test. The test is quick and simple, and knowing your HIV status will enable you to seek early treatment if needed.”

National HIV Testing Week is an initiative of HIV Prevention England, funded by Public Health England, and coordinated by Terrence Higgins Trust, with support, partnership and participation from organisations across the public, statutory and private sectors.